Nowhere in the annals of mentalism has a revelation of such depth been offered to the magic and mentalism/bizarre field. Lee Earle is sharing his vast knowledge and experience earned over 30-plus years as a performer of theatrical seance.

If you have ever wondered what a real seance entails, this book explains all aspects from an over-all view to the most important of minute details. Nothing is held back. In fact, so much detail is shared with the reader that anyone with this knowledge and the spirit to pull it off can present a masterful seance that will guarantee success.

Layout, participant positioning, psychological conditioning, effects to trick the mind and so much more will leave the participants with a feeling of wonder, a feeling of disbelief; some will believe and others will not be sure, but 30 years of research and actual performance will result in achieving the goal of a real seance, without the mundane tricks of a magician.

This book is not for the curious, it is intended to give the performer of seance real world knowledge that will allow him or her to present an impressive and awe-inspiring theatrical production... In a word... Seance. 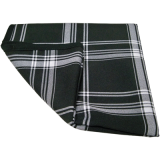