Those of you who've never heard of the U.K.'s own Chris Congreave are in for a real treat! He has been a fixture in the magic community as a professional close-up magician for over 15 years. His ingenious creativity has led him to publish a multitude of effects, including Ice Coins, Childsplay, iContact, Dupes, 52 vs Joker, The Light, and many others. With that wealth of knowledge, Chris joins us for his first At The Table Lecture ever. You'll learn some of his favorite effects from his go-to opener, to a stand-out prop that is a guaranteed conversation starter! Join us as we welcome Chris Congreave for a lecture At The Table! Here's what you'll learn:

Tin Opener: A jumbo coin production that is an ideal quick opener.

Drawn: Chris's new opening card effect at tables. Many working pro's, including Lee Smith and Gary Jones, are using this.

Name Badge: You wear an I.D. badge with a card face down in it and... well, you'll see!

Card to (Almost) Any Number: Another self-working routine that is a real fooler.

Marked Deck: You reveal the secrets of a marked deck (not really, it's a commercial worker with a great ending that no one sees coming).

Free Phone: A completely propless version of the Free Will plot. Not only a strong effect, but it also guarantees you'll get a booking agent's contact info!

Diminished Most Likely: Based on Paul Gordon's "Diminished Not Likely" with an impactful four-card transposition at the end.

Signed Card to Tin: A signed card is found in a small tin. A wonderful callback effect to the Tin Opener! 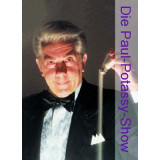